My current job title is that of an Agile Coach. What does that mean is something covered very well by many other people, the model I like the most being Lyssa Adkins. In this blog post I would like to think about why the role of Agile Coach is different to that of a Scrum Master. After all a large part of the Agile Coach model is mentioned or implicit in the scrum guide description of a Scrum Master role.

The majority of current writing makes the distinction that a Scrum Master is committed to one team to help the team adopt Scrum and the Agile Coach works across a number of teams and with senior people to encourage Agile adoption. Seems like a senior Scrum Master then? I think there is more too it than that.

I’d like to focus in on the two titles and analyse the words a little:

Scrum is a way of doing agile if you like, the most commonly adopted way of doing agile. It has a lot of benefits and is great in many ways. The focus here is purely on Scrum though with no wider alternatives considered. Nothing is mentioned about teams who are capable of doing multiple deploys per day though, should we have planning, retro and review cycles?

The words Scrum Master imply that this person is a master. How many scrum masters have you seen who have done the 14 hours of training and passed the exam, are these people really masters?

The word master also has servant and master connotations. Does this drive behaviours both from the Scrum Master and the team of listen to the master and actually work against self organisation?

The word Master is also gender specific. It is male. I work and coach female Scrum Masters. In an age where we have realised the benefits of diversity the word master may not be doing us any favours. Some of the female Scrum Masters I am coaching use the term Scrum Mistress which has equally interesting connotations. Let’s not go there!

The word agile is fairly obviously tied to the Agile movement and manifesto which is something I have great respect for however we are moving beyond agile now. It is not limited to Scrum so a possible improvement on the Scrum Master title. However I believe as an Agile Coach, Agile is now just another tool in our toolbox alongside lean, complexity, systems thinking etc, etc. I see one of the traits of great Agile Coaches is to switch between methodologies, mindsets and tools.

The word Agile is now increasingly tarnished by the many frameworks and tools which seek to make money from it. I spend a lot of time not using the word Agile, nobody really wants agile they want to get stuff delivered, securely and operated reliably. If we are called agile coaches will we be tarred with the same agile framework brush? Agile has a certain emotion attached to it now. Scrum seems to have less of an emotional backlash in my experience.

I have defined what I think coaching is about here.

The International Coach Federation describe coaching as “partnering with clients in a thought-provoking and creative process that inspires them to maximize their personal and professional potential.”

We expect more from our agile coaches than this they need to be transformation masters, teachers, mentors offering advice, able to argue their point against bad behaviours. Is the word coach a little soft?

Conclusion, I like the title Agile Coach more than the title Scrum Master. Each title has its problems but both have a productive and positive place.Do I mind being called either? Not at all, I enjoy it. They promote better behaviour than the title Project Manger for example, which encourages Projects and Mangement.

Should a Scrum Master be doing what and Agile Coach is doing, probably but some teams have moved beyond Scrum and need more than a Scrum Master to help them keep growing and moving forward. 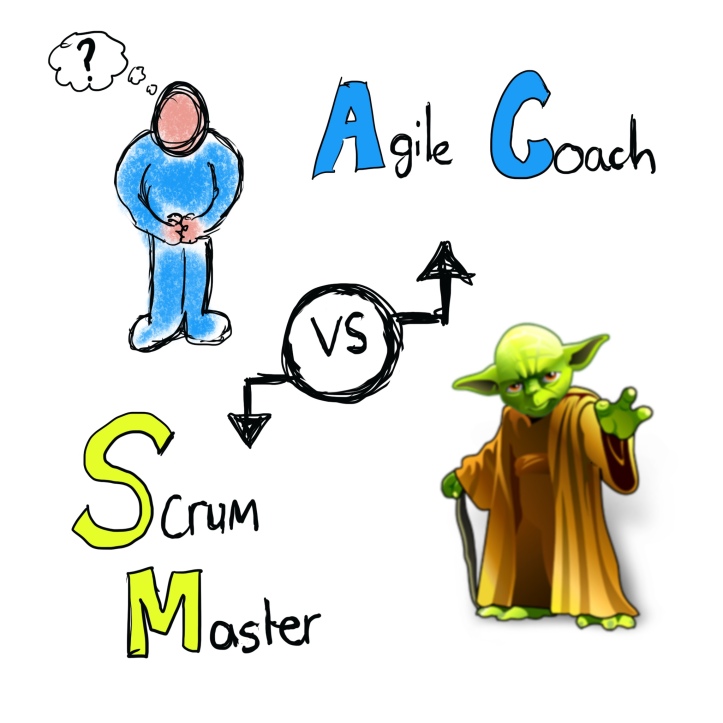 Finally the most coherent argument in this piece from my 2 year old son Ayrton: